This feature is for healthcare professionals only.

Multiple sclerosis (MS) typically starts in the reproductive age and affects more females than males, which means that many people have to deal with MS during their pregnancies. However, a major challenge is that typically, pregnant patients will not have been involved in the clinical trials that investigate drugs for MS treatment. A recent study, published by Therapeutic Advances in Neurological Disorders, focused on pregnancy outcomes after interferon beta exposure among people living with MS.

Pregnancy outcomes after exposure to interferon beta: a register-based cohort study among women with MS in Finland and Sweden. 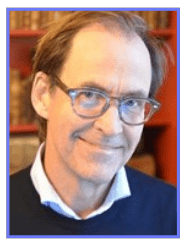 Jan Hillert has been Professor of Neurology at the Karolinska Institute since 2001, and in 2010 was appointed Chairman of the Department of Clinical Neuroscience. Professor Hillert has led an MS clinic for over 10 years and is founding chair of the Swedish Multiple Sclerosis Registry, which contains information on 15,000 MS patients.  He is actively engaged in several MS clinical trials and has published 240 peer-reviewed papers. Professor Hillert’s research primarily focuses on the genetic aspects of MS and has contributed to the discovery of several MS genes. Additional research interests include immunology and treatment aspects of MS, including treatment-induced antibodies. Current research efforts focus on translational epidemiology, integrating clinical, genetic, environmental, and public registry data both nationally and internationally. 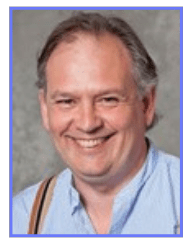 Scott Montgomery is a clinical epidemiologist and director of the Clinical Epidemiology group at Örebro University and Örebro University hospital. His research involves examining life-course influences on immune-mediated and metabolic diseases, using a combination of longitudinal epidemiological methods and biomarkers. National and international collaborations with other institutions include Karolinska Institute and University College London, where Montgomery is honorary professor and a founder member of the International Centre for Life-Course Studies.

A first-in-human, gene-silencing treatment for Alzheimer’s disease with Catherine Mummery

NRG1 fusion-driven tumors: biology, detection, and the therapeutic role of afatinib and other ErbB-targeting agents

Darolutamide and survival in metastatic, hormone-sensitive prostate cancer: a plain language summary of the ARASENS trial